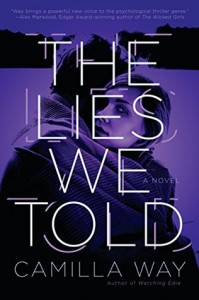 This one was engaging and a good read overall. I read this one in nearly one sitting because it was that good. The plot itself is engaging and the mystery aspect of it kept you guessing and wondering until nearly the end of the book - and even then there’s still potential after that.

Although the plot was really good, and the writing itself was also well done, I didn’t think much about the characters. Which goes to show how well the writing is. You shake your head at some of the decisions made by some of these characters (all in the name of putting on a good face) but you just feel compelled to follow along to see what will happen. There’s plenty of twists here and there and a breadcrumb trail of clues to follow but what you think might happen, might actually surprise you.

You may, or may not sympathize with Hannah. She had it pretty rough after finding out a life changing truth. On the other hand her actions and personality made you see red. She was awful to the core. If you have ever read Baby Teeth by Zoje Stage, you’ll find similarities between the two girls who are ironically, both named Hannah (spelling varies).

There is room for a sequel, although I think it should end here. Sure, there’s an open ending but it’s not a cliffhanger. It may leave you with some questions but it’s a good enough ending to let things lie. A sequel may be overdoing it and stretching this story unnecessarily.

Such an engrossing read. Give yourself time to read this. Once you open it, you won’t be able to stop reading until it’s done.