Slow steady plot, take it or leave it 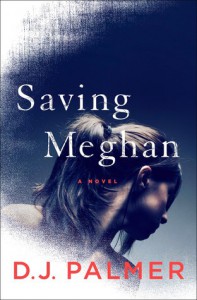 The pace of this plot was steady and although it did keep your reading and page turning, there just didn’t seem to be enough to get me to really like the book. Yes I was intrigued by what was going to happen next, if everything was really all in Becky’s head, if there were other things behind it, or if Meghan really was sick with some weird rare condition.

The mystery aspect of it was not too bad and getting to the bottom of it was basically what carried the novel for me. It did feel like bits here and there were dragging and by the last third of the book I pretty much wanted it over with as it was just getting too much. You really do feel for Meghan here because she’s caught between both her parents and you can feel her isolation.

I don’t feel much for the other characters mentioned in the book. They’re really not that likable - Meghan would probably be the one I like the most in this book but even then her personality is flat and not that much substance is put into anyone.

Slow plot, great mystery aspect with bland characters, it’s an interesting read and if you’re into the slow build up to a climactic ending, then by all means read it. It was okay for me.